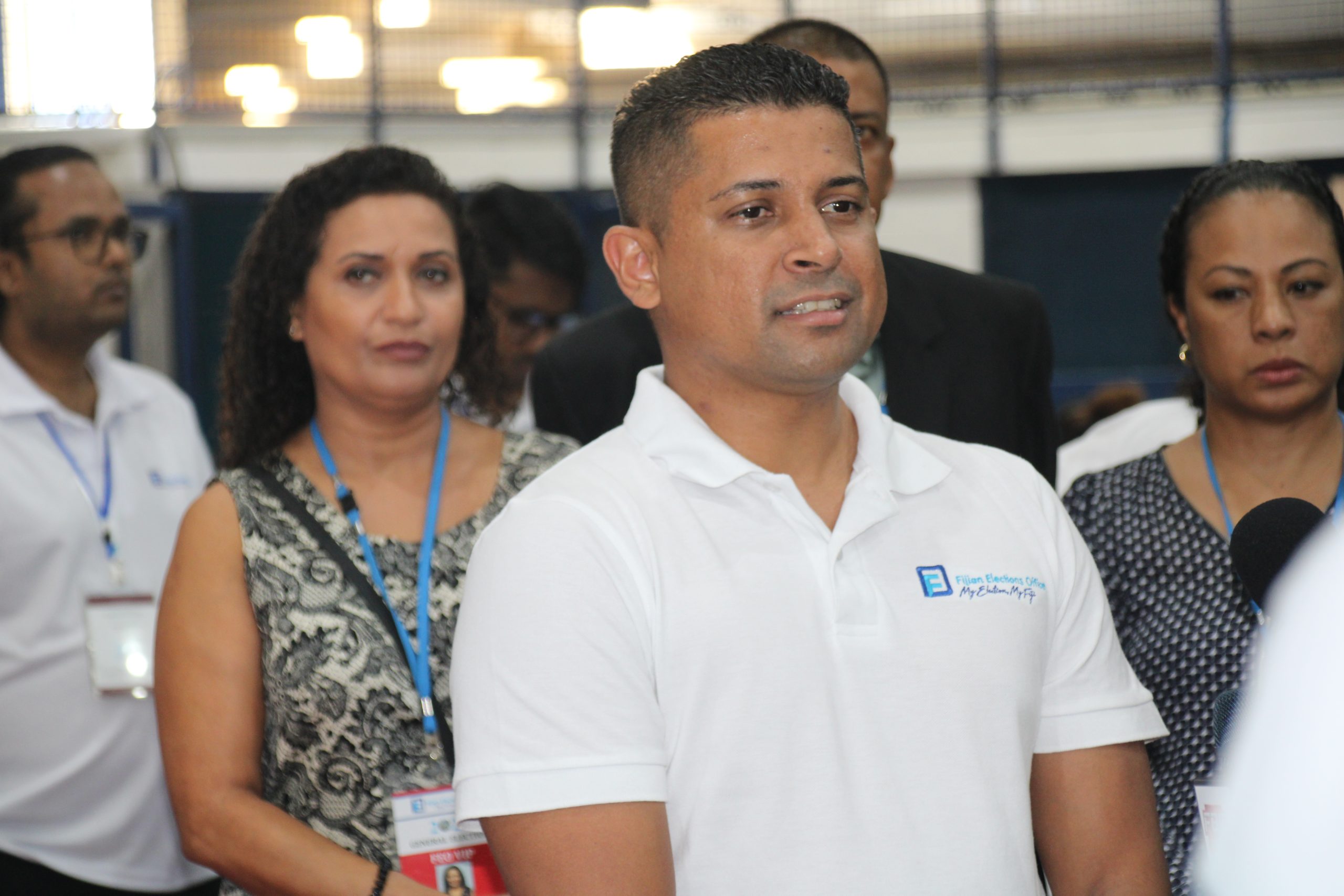 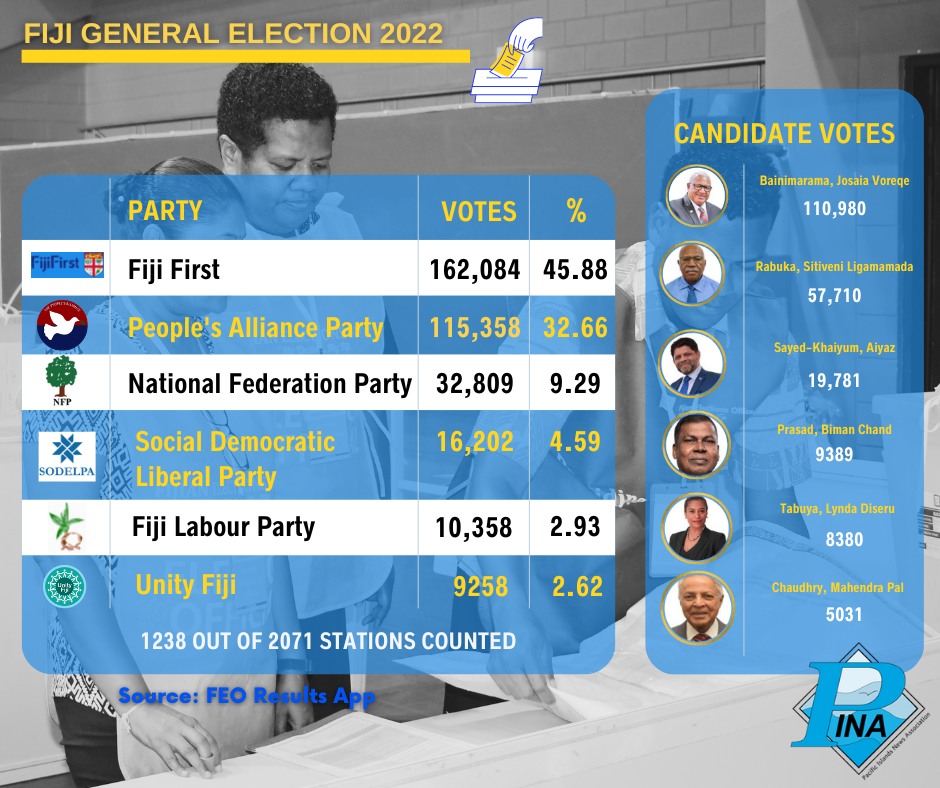 As at 7am today before the provisional results were flushed, FijiFirst Party was leading the tally board with a total of 162,084 votes, in the one-day election in Fiji.

The provisional results are from 1, 238 of the 2, 071 stations already counted from the close of polls on Wednesday evening.

The People’s Alliance is second with a total of 115,358 votes, National Federation Party with 32,809, and Social Democratic Liberal Party received16, 202 votes so far.

Meanwhile, Supervisor of Elections, Mohammed Saneem has announced that the provisional results for the 2022 General Election are now closed.

Saneem said they will also not disperse anymore provisional results for this election.

According to Saneem they will now be proceeding to do data entry for final results which will be available by Sunday and this should be the final results for the 2022 General Election.

Saneem also explained that the data entry for the final results is also done using a double-blind data entry method.

“So this means the results are entered into the system twice by two different people who would not really know who has entered the data first and then after that it goes for an approval before it is accepted into the results system.”

Saneem said this is a rigorous process and takes a lot of time.

The Supervisor of Elections states that their results App will no longer have issues.

Speaking during a press conference this morning, Mohammed Saneem said this is because they have identified the problem which has been rectified.

“The situation occurred because of the termination of a data transfer and then when we retried to do it that’s when things got messy.”

According to Saneem even though the App was down for a while they continued to update results.

He said counting is also in full swing.

PNG Parliament approves seven new districts to be included in 2022...