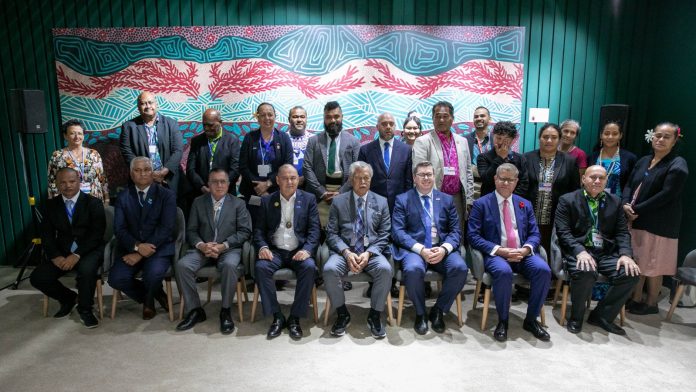 The US$100 billion to battle climate change pledged by developed countries should be delivered and made accessible, Fijian envoy to the United Nations urged at an international conference on climate change being held in Sharm el-sheikh.

“As we know, Fiji and Pacific island countries have been on the frontlines of climate change. This is not an exaggeration, a single extreme weather event might wipe out the whole economy. This is why Pacific island countries attach great importance to climate change and have an urgent need for a greater ambition to deal with it,” said Ambassador Satyendra Prasad, Fiji’s Permanent Representative to the United Nations, at the 27th Conference of the Parties to the United Nations Framework Convention on Climate Change (COP27).

Ambassador Prasad noted that in the past few years, Fiji has suffered from some extreme weather incidents caused by climate change, trapping the country in a cycle of “building and rebuilding.”

He said that they need more funds to battle climate change more quickly, adding that the funds promised in 2009 by developed countries have not been fully delivered.

“Climate finance should not only be delivered, but also should make it available to countries like ours with low capacity to access to it. It must be speedy,” said the Ambassador.

He added that the rising sea level has endangered fresh water supply in some Pacific islands, forcing the islanders to ship their drinking water from other islands far away.

“They didn’t cause climate change, why they should pay for it,” Ambassador Prasad said.

“We hope that the COP27 can begin to make change just like what people are talking about, moving pledge into implementation. Climate finance is the building block, and this is the core problem that we need to resolve,” he said.

Meanwhile, there are hopes that many other countries will follow New Zealand which has committed funding to help developing nations facing losses and damages caused by climate change.

The announcement was made at the United Nations Climate Summit COP 27 in Sharm El Sheikh, Egypt with an initial pledge of $20 million(US$11.9 million).

Speaking on Loss and Damage, Prasad said in Fiji affected communities are already being relocated and adaptation is too late.

“For whom 1.2 Celsius degree temperature is already too much and for these communities, the window of climate finance that applies to them is loss and damage and we really welcome New Zealand’s leadership and we hope for the Pacific, many other countries will follow its example.”

Puna said they are calling on leaders to put all the discussion into action now.

“Adaptation, mitigation, climate finance, a host of priorities of significant importance to the Pacific region. But you know, what we’re really after is for the world to hold on to the 1.5 degrees goal that was clearly set out as a threshold for the survival of the Blue Pacific, but also of this blue planet of ours.”

Delegates from nearly 200 countries are attending the UN climate summit in Egypt with an agreement to discuss compensating developing nations for mounting damage linked to global warming, placing the controversial topic on the agenda for the first time since climate talks began decades ago.