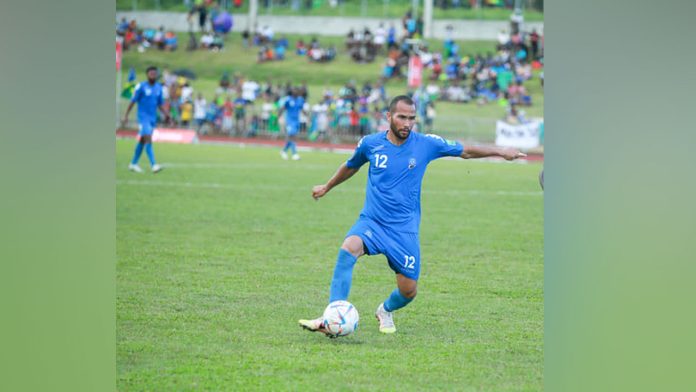 The Bula Boys have been beaten 1-0 by Papua New Guinea in the MSG Prime Ministers Cup semifinal at Korman Stadium in Port Villa, Vanuatu.

A 23rd-minute goal from a penalty was enough for PNG to make the final.

The Roy Krishna-captained side failed to capitalise on a few scoring chances in the second half.

Christopher Wasasala could have equalized in the last quarter but his shot went straight at the PNG goalkeeper while Gabiriele Matanisiga, Simione Nabenu, and Setareki Hughes also had scoring opportunities.

Goalkeeper Akuila Mataisuva was safe in goal for Fiji as he managed to deny PNG the chance to extend their lead on a number of occasions.

This is the second time this year that Fiji has failed to beat Papua New Guinea after going down 2-1 in March at the FIFA World Cup Qatar 2022 Oceania qualifiers.

This is after both sides were beaten in the semifinals by Papua New Guinea and Vanuatu Development respectively.

Fiji lost 1-0 to PNG while the Solomons went down 4-5 to Vanuatu Development on penalty shootout after a 1-all draw in normal and extra time.

The Bula Boys take on Solomon Islands at 3pm on Friday.