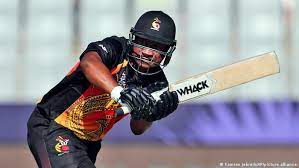 The Australian government and the country’s cricket federation will help develop the sport of cricket in Papua New Guinea and Vanuatu as part of a renewed soft power push in the Pacific region.

The initiative will offer coaching and training support to the elite teams of both countries, and will allow them to compete in Australian cricket competitions. An Indigenous Australian team will also tour Vanuatu.

“We also look forward to delivering benefits off the field, including gender equality outcomes throughout the sport,” Cricket Australia chief executive Nick Hockley said on Saturday.

Kath Hempenstall, an Australian who coaches the PNG women’s team, said the deal “will allow our players to participate in the same competitions and high-performance programs that their Australian cricketing idols have come through.”

Australia’s cricket team is one of the strongest in the world, alongside other Commonwealth nations like India, England, Pakistan and South Africa.

The new addition comes as Australia and China vie for influence in the region.

A security pact signed between China and the Solomon Islands in April sparked outcry from the governments of Australia and the United States.
Australia’s foreign minister at the time, Marise Payne, said she was “deeply disappointed” upon learning of the deal. The new government elected in May has vowed to forge closer ties with its Pacific neighbors.

No need to look far to find cricket passion in Fiji:...