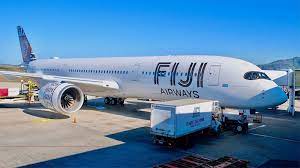 Jennings said the Pacific Aviation Safety Office has been using civil aviation authorities within countries to sort of be the arms and legs of the organisation on the ground.

“Pacific Aviation Safety Office had some challenges with obviously accessing countries via e-connectivity. We have adopted a new model,” he said.

“Currently, we are doing a lot of our audit and inspection activity by remote means. So, this is done by zoom, email and telephone.

“Also we have been using local talent within civil aviation authorities within countries to sort of be the arms and legs of Pacific Aviation Safety Office on the ground.

Meanwhile, each Pacific nation is responsible for its own debt in the aviation sector.

Cook Islands Secretary of Transport John Hosking said each state was responsible for its own debts, he was not privy to make comments on this issue.

Hosking said there are funds available from New Zealand and the Australian government to support Pacific states in their recovery phase.

“In the aviation sector, we are guided by our prime minister. Head of the government are responsible to oversee how the issue of debt is dealt with, I am not privy to those,” he said.

“However, we do know there is a big debt. There is funding available from New Zealand and Australia to support our Pacific states in what we call recovery,” he said.

Pacific Aviation Safety Office legal adviser Sam Jennings said state airlines are the ones that are surviving because obviously that government backing.

“I think that actually, the Pacific isn’t unique in this space. There are challenges globally at the moment, post coronavirus,” Jennings said.

“We have seen a number of airlines, including small, and rather large airlines fail but it tends to be the state airlines are the ones that are surviving because obviously that government backing.

“One of the key areas that we focused on is making sure that regulatory cost, so that cost of operating at that basic level of safety assurance is really affordable for members,” he said.

He said Australia has provided funds of $1.2 million(US$831,000) to the Pacific Aviation Safety Office which has enabled the organisation to provide its services to members for free.

The second regional aviation ministers meeting which is being headed by the Cook Islands government is currently underway.