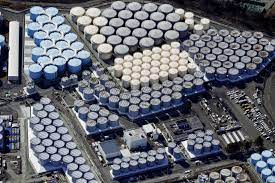 The report summarises the overall progress in the technical preparations for the water discharge. It compiles the initial findings from the Task Force’s first review mission to Japan’s Tokyo Electric Power Company (TEPCO), the Fukushima Daiichi nuclear power station operator, and the Ministry of Economy, Trade and Industry (METI) in February 2022.

Director General Rafael Mariano Grossi welcomed the initial findings. “Japan has made significant progress in its preparations and the Task Force is satisfied that TEPCO and METI have identified the appropriate next steps for the water discharge scheduled for 2023,” he said.

“The work will continue so the Task Force can provide its conclusions before the discharge.”

The report includes a summary of the Task Force’s review and assessment activities across a range of topics such as the characteristics of the Advanced Liquid Processing System (ALPS) treated water, safety related aspects of the system built to discharge the water, the radiological environmental impact assessment, regulatory oversight, source and environmental monitoring programmes, occupational radiation protection, and the involvement of interested parties.

Preparing for the next steps in their review, the Task Force identified technical topics for further discussions and clarifications as Japan continues with its preparations. They also noted that TEPCO and METI put significant efforts into consulting with, and communicating to, interested parties and the public about the process to discharge the water. They look forward to seeing this continue as Japan approaches the 2023 water discharge.

“The Task Force highlighted the effective cooperation with the Japanese counterparts, which made it possible to clearly and promptly convey the results of the review mission to the international community” said Gustavo Caruso, Director, Department of Nuclear Safety and Security and Chair of the Task Force.”

The Task Force report is the first in a series of reports as the Task Force carries out more missions to Japan in the coming months and years to assess the water discharge against IAEA safety standards, which constitute the worldwide reference for protecting the public and the environment from harmful effects of ionising radiation.

Securing climate financing to build resilience to climate change in the...