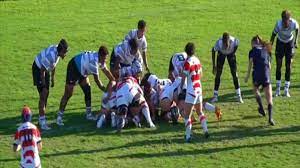 The Fijiana 15s went down to Japan 28-14 in their first international Test match at the Bond University Oval in Australia.

Fijiana had 14 debutants in the match.

They started well with two tries to Younis Bese and Roela Radiniyavuni for a 14-nil lead.

Japan locked the scores at 14-all thanks to a driving maul and a grubber kick that set-up for Mana Furuta after Radiniyavuni and Bese failed to kick the ball out.

The second half was all Japan as they controlled possession and it was even better for them with the national 15s side giving away too many penalties.

Sera Ravatude was handed a yellow card for collapsing a maul and Japan was also awarded a penalty try.

After a number of phases, Japan was in again with Ayano Nagai diving over the short side.

Meanwhile, the Fiji Rugby Union is working to host a Test match for the Fijiana in Fiji before they leave for the World Cup.

O’Connor says they had requested for the Japan vs Fijiana 15s match on Sunday to be held in Fiji.

However, the Japanese rejected the request, citing travel distractions to Fiji and then to Australia.

O’Connor says as this plan dell through, they’re making some arrangements to have the last Test match for the national women’s 15s team at home before they leave for New Zealand.

“Just to allow our fans to come and support the Fijiana. So, that is still in progress once we have a firm confirmation then we will make the relevant announcements accordingly.”

Fijiana will face Wallaroos next.