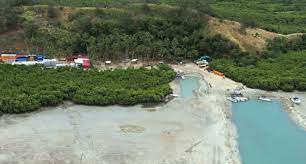 Freesoul Real Estate Development Limited has been fined $1million (US$500,000) by Fiji’s High Court in Suva for two counts of undertaking unauthorised developments at Malolo Island in 2018.

The charges against Freesoul relate to the failure to comply with a prohibition notice issued by Fiji Department of Environment in June 2018 and carrying out of resort development activity in Malolo without an approved Environmental Impact Assessment Report.

High Court Judge, Justice Daniel Goundar has also ordered Freesoul to post a refundable environmental bond of $1.4 million(US$647,000) with the Department of Environment and rehabilitate the affected areas to the satisfaction of Department at its own expenses.

He said once the affected areas have been rehabilitated to the satisfaction of the Department of Environment, the bond may be refunded to the offender.

He further said it is the matter for the Department of Environment to lift the prohibition notice that was issued to the offender on first June 2018.

Egypt prepares for flagship UN climate conference, in a year of...

‘We must stand united’: PNG PM