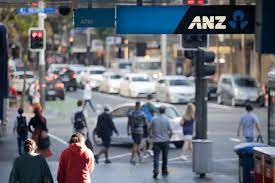 ANZ has announced it would strengthen its focus on building a world-class digital bank in its core Pacific markets (excluding PNG) of Fiji, Samoa, Vanuatu, Cook Islands, Tonga, Solomon Islands and Kiribati, as well as Timor-Leste, following a decision to exit U.S community banking in American Samoa and Guam.

ANZ Regional Executive Pacific, Tessa Price, said: “In our core Pacific markets, where we have been for more than 141 years, ANZ plays an important role in connecting customers to the growing trade and investment opportunities in the region, as well as providing industry insight and links into our home markets of Australia and New Zealand.

ANZ will wind down its business in American Samoa over the next six months while in discussions with other parties about the future ownership options for its business in Guam.

“The Pacific remains a key part of ANZ’s international network. By focussing our resources on our core Pacific markets, we can continue to build a world-class digital bank in the region and deepen the support we provide to customers,” Price said.

ANZ Country Head, American Territories, Clarke Schaumann, said: “This was not a decision we made lightly but we have consulted with our staff and we will support them as we go through this transition period.

“Having recently spent time in American Samoa with Tessa, we know that more and more customers are maintaining relationships with multiple banking partners, both on-island and off-island, and will be sufficiently supported after we close.

“American Samoan residents will continue to have the option to open accounts with off-island institutions online, including with FDIC insured banks and NCUA insured credit unions. We encourage people to explore their options through the BankOn initiative at covidbanking.joinbankon.org.

“Like me, our staff are proud of the positive impact ANZ has had on the local community in American Samoa since 2001. They are committed to our customers and will help them move their banking in a respectful and orderly fashion.

“In Guam, my home for the past four years, ANZ’s business is strong but needs ongoing investment and focus for it to achieve its potential.

“While ANZ has invested around AUD$30m (US$22 million) in projects and systems in its core Pacific markets over the past six years, due to legal and regulatory restrictions, Guam has not been able to benefit from this, which is why exploring future ownership options is attractive.

“Sale criteria would include maximising job retention for staff and a commitment to the economic, social and environment development of the territory,” Schaumann said.

“In our core Pacific markets, we’re open for business and we want to continue doing business that will support customer aspirations and help grow the communities we’re in,” Price said.

“While our Pacific business did not make a profit last year, ANZ is committed to the economic, social and environment development of the Pacific, particularly as the region recovers from the impact of COVID-19.”

ANZ has also paid around AUD$25m (US$18 million) in corporate taxes annually and AUD$50m (US$37 million) in salaries and wages, which is important national income for economic development.