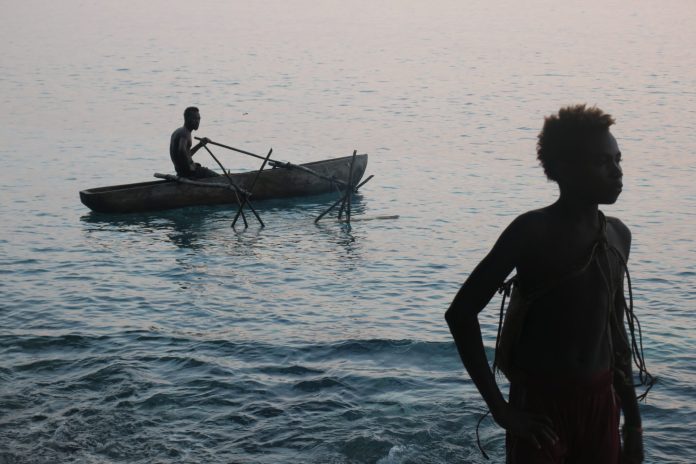 While the launch of the Intergovernmental Panel on Climate Change (IPCC)’s latest report this week has been overshadowed by the invasion of Ukraine, both involve significant security impacts.

Jagan Chapagain, Secretary-General of the International Federation of the Red Cross and Red Crescent, said governments should be treating climate change as a national security issue that needs to be addressed at a similar level to military conflict.

Just like in a war, climate change can knock out essential infrastructure, but through cyclones, floods, and other disasters.

Speaking about this latest IPCC report on the Pacific Wayfinder podcast, Professor Mark Howden from The Australian National University (ANU) Institute for Climate, Energy and Disaster Solutions said that the location of critical infrastructure, such as town sewerage facilities and hospitals, needs to be given greater consideration.

This is especially important in the Pacific Island region, which is extremely vulnerable to the impacts of climate change.

“How do we deal with legacy infrastructure and how do we ensure that anything we build new is actually suited for the next decades to come?” he asked.

“One of the issues raised in the IPCC report, for example, is that a lot of health facilities are based near the coast and subject to sea level rise and cyclone damage.”

For Ofa Ma’asi Kaisamy, manager of the climate change centre at the Secretariat of the Pacific Regional Environment Programme (SPREP), what resounds through the new report is mostly “the urgency”.

Speaking on the podcast, she said: “The message is clear. We are feeling the impacts, we are facing it every day. The IPCC report is a great tool for Pacific governments and we need to design policies that reflect what we are facing. We need to develop our national adaptation plans.”

Ofa was confident that many Pacific nations are developing strategies that combine a whole-of-government approach, while also finding ways to better amplify Pacific voices at international fora. But she warns that “the worst impacts are yet to come, and we need transformational policies to address that”.

Innovation and ‘green technology’ are regularly cited as part of the way forward, particularly as solar power generation and battery storage improves and becomes cheaper for consumers. It also helps to wean Pacific economies off expensive, imported fossil fuels.

All island nations are heavily dependent on imports and, with the exception of Papua New Guinea, none have indigenous sources of fossil fuels. Oil accounts for a significant percentage of total imports for all Pacific nations. As a result, the region has long been at the mercy of shipping and fluctuating world prices. Oil prices have reached record highs in recent weeks – and that was before the Ukraine invasion has pushed prices even higher.

However, Professor Howden suggested that the key is not so much renewable energy technology, but the systems in place.

“People focus on the technology – panels and batteries and wind turbines – but the really important part is the system. How you use the energy and the social and cultural elements that sit under it. Instead of people fitting in with the energy providers, the electricity provision should actually fit in with the people.”

Ofa agreed there needs to be a mix of ‘nature-based’ solutions and technical innovation to build island resilience. She hopes to see “a merging of science and traditional knowledge” that results in action and wisdom. One example, she said, involves assessing the weather.

Although a lot of such traditional knowledge remains undocumented, Ofa hopes that with some capacity-building, more people in the region can put together data sets and stories which can be used “to inform the science.