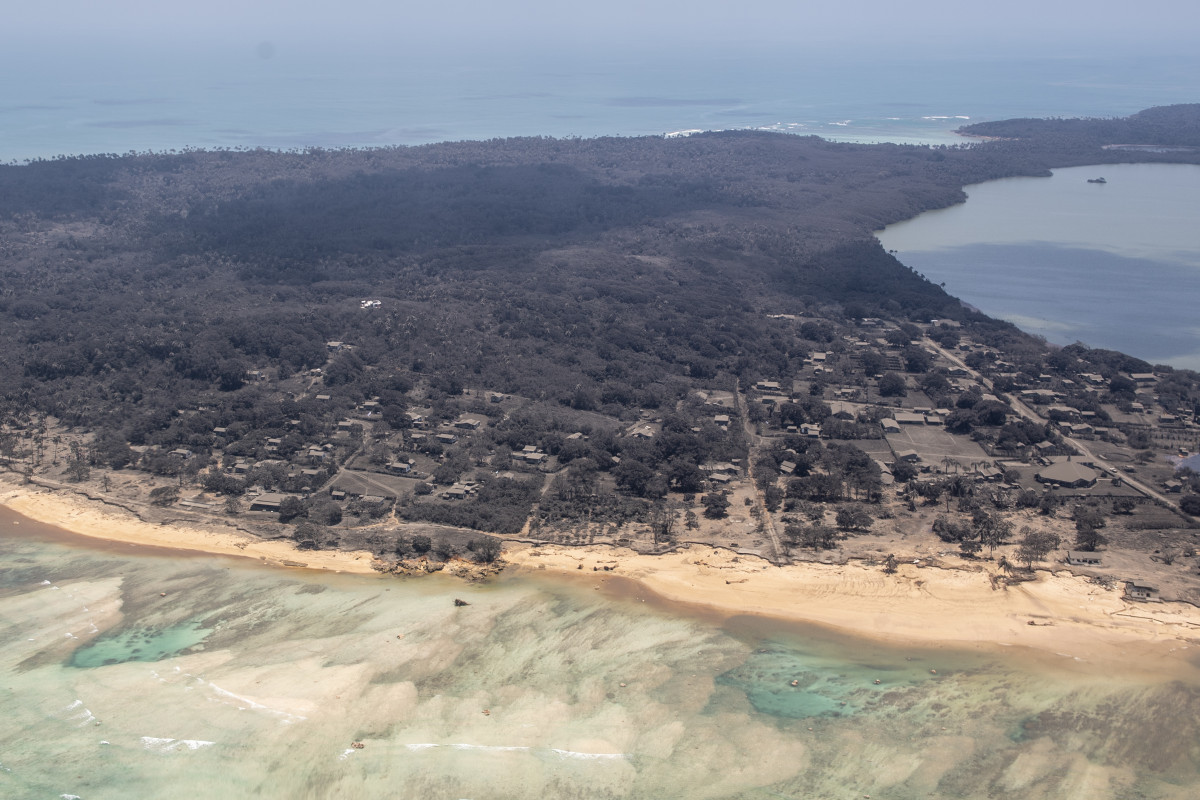 The Tonga Hunga-Tonga-Hunga-Ha’apai volcanic eruption, tsunami and ashfall has caused an estimated US$90.4 million (TOP 208 million) in damages – the equivalent of approximately 18.5% of Tonga’s Gross Domestic Product (GDP) – a World Bank assessment for the Government of Tonga has found.

The Global Rapid Post-Disaster Damage Estimation (GRADE) report on the 15 January eruption was prepared by the World Bank at the request of the Government of Tonga and in consultation with other partners. It is the first assessment published following the Tonga disaster that provides estimated costs of the physical damages caused by the volcanic eruption and tsunami.

The report provides estimates of direct damages to residential buildings, non-residential buildings (including tourism, health facilities, schools, government buildings, and private sector buildings), infrastructure (transport, power and water, sea and air and repairs to the submarine cable), agriculture, forestry, fishing, and ashfall clean up. Broader economic losses, such as ongoing impacts on agriculture and tourism, are not reflected in the report and are expected to significantly increase the overall economic impact.

“We have been moved by the support shown to Tonga and to our people from our friends in the Pacific and across the globe, to assist with our nation’s response and recovery,” said Tongan Minister of Finance, Tatafu Moeaki.

“With communications and logistics still a major challenge, this report supported by the World Bank provides us with a clearer picture of the extent of damages from this catastrophe, and will inform our next steps as Tonga builds back stronger.”

An estimated 85,000 people across Tonga have been affected by what has been described as a ‘once in a millennium event’. Parts of Tonga’s most populated islands – Tongatapu, ‘Eua and the Ha’apai group – experienced the worst of the tsunami, with major disruptions to water supplies contaminated with ashfall. Tongatapu recorded the highest estimated damage, with approximately US$69 million in damages. However, distribution of damages appears to have varied greatly across islands, with some islands like Atatā and Mango experiencing almost complete destruction, while the Vava’u group fortunately experienced only minimal damage from ashfall.

“This report gives Tonga, and partners who are supporting the country, an indication of the scale of the physical damage caused by this extraordinary disaster,” said Stephen Ndegwa, World Bank Country Director for Papua New Guinea and the Pacific Islands. “These initial estimates are sobering, and it is clear that Tongans will be dealing with the aftermath of this event for a long time. We are proud to stand with Tonga and continue to support its response and recovery, alongside many other partners.”

The report, produced with funding and by the Global Facility for Disaster Reduction and Recovery (GFDRR), also found that:

*Around 600 structures in total, including at least 300 residential buildings, have been damaged or destroyed by the tsunami waves in Tonga with an estimated US$43.7 million of damage. Many tourism businesses have been particularly hard hit – with accommodation, wharves and worker’s homes destroyed or severely damaged.

*Tonga’s agricultural sector has been significantly impacted – with 85% of agricultural households nationwide affected to some extent, and an estimated US$20.9 million of damage to this sector; including crops lost, and damage to shallow reef fisheries.

*The tsunami and volcanic ashfall caused an estimated US$20.9 million damage to infrastructure – including roads, causeways, power supply, ports/marine and water supply infrastructure as well as the submarine cable.

*Ash clean-up costs will be significant and are estimated to cost just under US$5 million for buildings and paved road infrastructure.

In the immediate aftermath of the eruption and tsunami, the World Bank provided an immediate US$8 million in emergency funding to Tonga to ensure adequate resources to reestablish basic services and help Tongan families most affected.

The economic opportunity as Fiji recovers