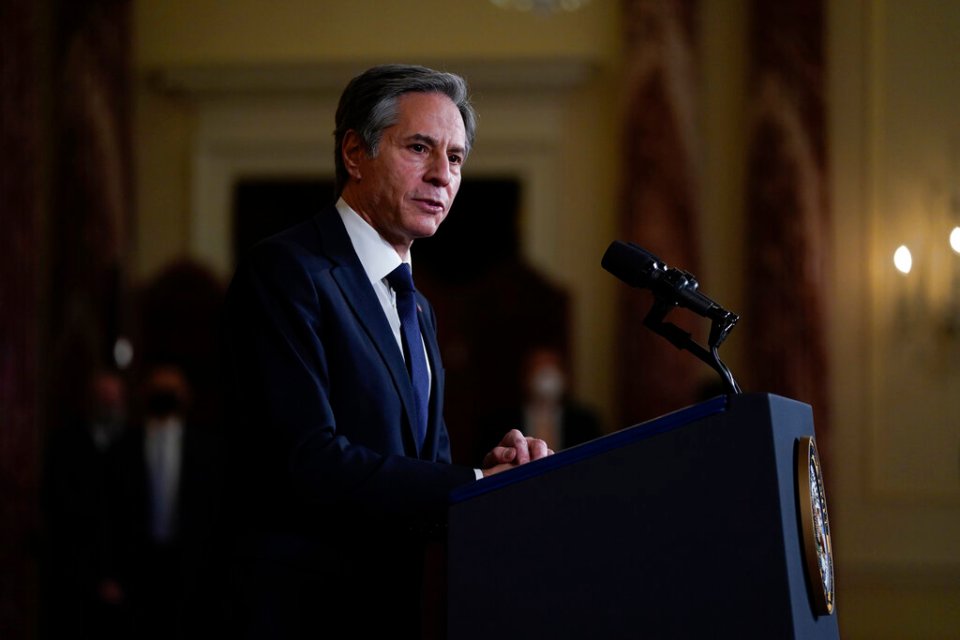 The United States remains focused long-term on the Indo-Pacific region despite concerns over Russian aggression toward Ukraine, U.S Secretary of State Antony Blinken said on Thursday.

Blinken is in the Australian city of Melbourne for a meeting on Friday with his counterparts from Australia, India and Japan.

The four nations form the so-called “Quad,” a bloc of Indo-Pacific democracies that was created to counter China’s regional influence.

“There are a few other things going on in the world right now, some of you may have noticed. We have a bit of a challenge with Ukraine and Russian aggression. We’re working 24/7 on that,” Blinken said in his first public address since arriving in Australia on Wednesday.

“But we know, the president knows and each of you knows this better than anyone else, that so much of this century is going to be shaped by what happens here in the Indo-Pacific region,” he added.

The Indo-Pacific is the fastest growing region in the world, accounting for two-thirds of global economic growth over the past five years and home to half the world’s population, Blinken said.

What matters in the region matters around the world and challenges like climate change and COVID-19 can’t be tackled by any nation alone, he said.

“More than ever before, we need partnerships, we need alliances, we need coalitions of countries willing to put their efforts, their resources, their minds into tackling these problems,” Blinken said.

“What really drives us is a shared vision” of a “free and open society,” he added.

Blinken’s trip is designed to reinforce America’s interests in Asia and its intent to push back against increasing Chinese assertiveness in the region. He will also visit Fiji and discuss pressing concerns about North Korea with his Japanese and South Korean counterparts in Hawaii.

“After Australia we’re off, as you know, to Fiji.This is, I am told, the first time in nearly 40 years that a secretary of state has visited Fiji. There’s a very good reason for that: we’re a Pacific nation.

“The Pacific part of the Indo-Pacific Strategy is vitally important, and in the category of 90 percent of life is showing up or showing up; but more than showing up, I think you’ll see some very concrete things come out of the visit to Fiji.I’m not going to get ahead of myself, but we’ll have a few things to talk about when we get there. So I’m very much looking forward to that,” he said.

Blinken said like-minded countries were standing up for shared values rather than against China.

“This is not about standing against anyone in particular, it is about standing up for a rules-based order,” Blinken told Australian Broadcasting Corp.

Asked whether the Biden administration viewed Russia or China as the greater threat to global security, Blinken replied: “These are … very different challenges. Russia right now poses an immediate challenge.”

“As a network of liberal democracies, we are committed to very practical cooperation and ensuring that all Indo-Pacific nations — large and small — are able to make their own strategic decisions and make those decisions free from coercion,” Payne said.

In Beijing on Wednesday, Foreign Ministry spokesperson Zhao Lijian responded to a question about Blinken’s visit with a lengthy attack on American democracy and a defense of China’s contributions to the global order.

“With its so-called democracy having collapsed long ago, the U.S is forcing other countries to accept the standards of the American democracy, drawing lines with democratic values and piecing together cliques. That is a complete betrayal of democracy,” Zhao told reporters.

Blinken is expected to address threats posed by a growing partnership between authoritarian Russia and China, particularly after the Sunday meeting in Beijing between Russian President Vladimir Putin and Chinese leader Xi Jinping at the opening of the Winter Olympics.

The U.S had hoped that the Xi-Putin meeting would have demonstrated Chinese wariness about Russia’s military buildup along Ukraine’s borders. But Xi was largely silent on the matter.

Australian Defence Minister Peter Dutton expressed concern over the Russian-Chinese alliance and said the threat posed by China was growing.

“We know that our nation is facing the most complex and potentially catastrophic regional security environment since the Second World War,” Dutton told Parliament on Thursday.

Blinken has a family link to Melbourne through his stepfather Samuel Pisar, a lawyer and U.S presidential adviser who died in 2015.

Polish-born Pisar was orphaned during World War II and sent by an aunt to Melbourne where he was cared for by two uncles who had immigrated in the 1930s.

Blinken on Thursday visited the Melbourne Law School where Pisar had excelled before moving to the United States to continue his studies at Harvard University.