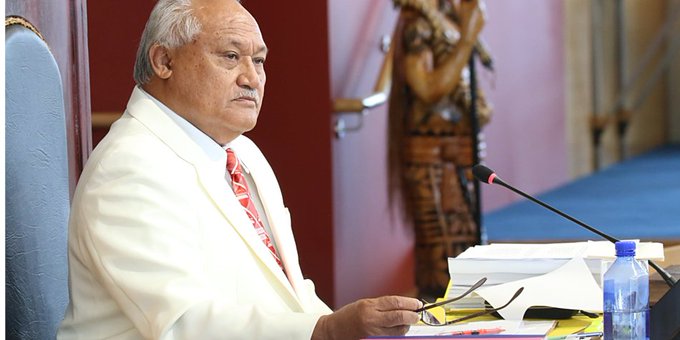 Samoa Speaker of Parliament, Papali’i Li’o Oloipola Tae’u Masipa’u is considering delaying the Swearing in of the two women appointed under Article 44 (1A), when parliament sits on Tuesday.

In a press statement, the Speaker outlined his reasons as:

*The Warrant of appointment of the two (2) women is being challenged in court as to the validity, as to whether it was issued at the correct time.

*The Speaker must only have sworn the duly elected candidates who are also qualified to be members. However the additional women seats do not qualify unless the electoral petitions are determined and any by-elections (if any) arise from those petitions.

The seven MPs elected in last months by elections will be sworn in when Parliament meets Tuesday 14 December.

The session will be preceded by a Prayer Service at 5am. The is also a pre-sitting on Monday where Members will be briefed on one legislation, the Income Tax Amendment Bill 2021 that will be tabled on Tuesdays’ session.

Parliament building and police station burned down during protests in Solomon...