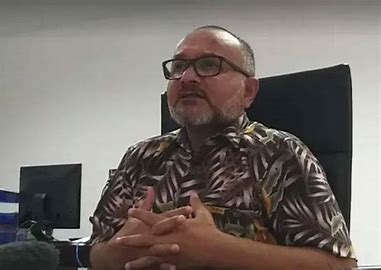 Solomon Islands leader of Opposition, Matthew Wale has announced that he is filing a notice of a vote of no confidence in the Prime Minister Manasseh Sogavare.

Wale said, he still does not have the numbers for such a motion to pass, after only three resignations from Sogavare’s government so far. The confirmed resignations are Member for West New Georgia/Vona Vona Silas Tausinga, Member for North Malaita Levi Senley Filualea, & Member for Malaita Outer Islands Martin Kealoe. At least eleven more Members would need to resign for the motion to succeed.

Wale said he has sought a political solution to the current situation, as the Prime Minister’s lack of humility has resulted in great loss and suffering for our nation, especially in Honiara. No one in Honiara is spared the suffering and loss caused by the tragic events of these past few days. Now we have been informed there has been tragic loss of lives.

Wale said without a political solution this tragic situation will remain, even with foreign forces supporting the RSIPF to regain control and maintain order in Honiara. The leaders must make a decision, they cannot avoid it or postpone it. This is the moment for leaders to stand up, and not run away and hide. The level of anger in the public has reached levels worse than in 2006, and if leaders are deaf and insensitive to it, they will condemn us to more trouble. The anger is still here.

Wale said he has reached out to as many Members of Parliament as he can to seek dialogue on ways forward.

Wale said therefore he has decided that in the search for a political solution, he is lodging the notice of the motion of no confidence so that Members will have to decide which side they are on and bring this matter to a decision in Parliament. This is a crucial motion as it calls on all Members of Parliament to do what is in the best interest of our country and people.

Wale calls on those protesters who have engaged in violence and looting to stop. Let us now allow the political process to resolve the situation in our search for a solution. Wale calls on the people of Solomon Islands to call on their Members to resign from Prime Minister Sogavare.

Wale has expressed great dismay at the burning of Prime Minister’s private residence at Lunga. Wale said, even if people are angry with the Prime Minister, they must respect him and his family and their properties. Wale said, this level of violence not seen before is unacceptable.

Wale said it has been brought to his attention that a single Malaitan individual has suggested on facebook targeting people from Choiseul. Wale condemns this suggestion in the strongest terms and calls on all Malaitans to not touch any person from Choiseul or any other ethnic origin. “We must respect human life, even at the most difficult of times”. Wale said, this is further reason to bring this matter to a decision in parliament to find a political solution.

Wale thanks the Commissioner of Police and his hardworking officers who have committed themselves over this period to save lives. It is unfair to expect the police to find a solution to this situation. Wale said, he is thankful to Australia and PNG for sending forces to support our police. But he said Australia and PNG cannot give us a solution either.

With regards to the visiting forces, Wale calls on the Incident Controller to inform the nation what protocols were followed to keep the country safe from the entry of covid-19 through the foreign forces into the community

Among items of business on todayw’s Provisional Order Paper is a motion to extend the State of Public Emergency.

The Motion of No Confidence on Prime Minister Manasseh Sogavare filed by the leader of the Parliamentary Opposition Mathew Wale will not be debated today.

The notice period for a motion of no confidence is seven clear days as required by the Constitution.