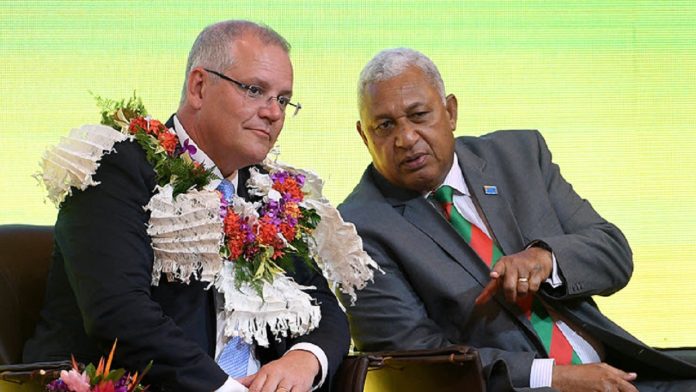 -Fiji stands ready to support the Solomon Islands government alongside its Australian Vuvale following the second day of uncontrollable riots in Honiara.

Australia is deploying 23 Australian Federal Police to Honiara last night. Today Australia will deploy another 50 AFP as well as 40 Australian Defence Force Personnel. Australian personnel will be deployed to support the Solomon Island Police to provide a stable environment to resolve the situation peacefully.

The Prime Minister thanked his Australian counterpart for his swift response and offered the Fijian Government’s support to the Australian operation.

Meanwhile, the head of the European Union (EU) Delegation for the Pacific, Ambassador Sujiro Seam has expressed his concern on the situation in Solomon Islands.

“With the European Union delegation for the Pacific, I am carefully watching the evolution of the situation in Honiara, Solomon Islands.

“I hope peace, security and stability can take it after two days of riots, fires and looting,” he said.

Vax for visas: ‘Overstayers would come out of woodwork’, say Pacific...