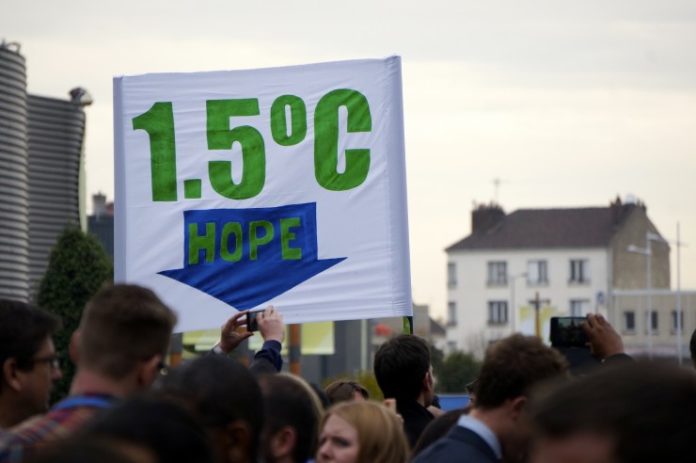 The British High Commissioner to New Zealand says it’s not her place to single out specific countries which need to do better on climate change, but that everyone could stand to be more ambitious in the aftermath of COP26.

In an exclusive interview with Newsroom, Laura Clarke said the climate summit in Glasgow succeeded at keeping the goal of limiting global warming to 1.5 degrees above preindustrial levels alive. But she quoted the United Kingdom’s COP26 minister Alok Sharma, who said on the last day of the conference that the “goal remains in reach but its pulse is weak”.

“It didn’t, of course, meet everyone’s expectations,” Clarke said. A last minute effort from India to water down the pact that emerged from the summit, by changing language referring to a “phase out” of coal to a “phase down”, was successful.

“It didn’t even meet our higher end of ambition. But I think when you look at the overall package in terms of mitigation, in terms of finance, in terms of the various pledges, it absolutely takes us in the right direction. The trick next is how we deliver and implement what we’ve said we’ll do.”

At the end of the last major climate summit, in Madrid in 2019, just 30 percent of the global economy was covered by some form of net zero pledge or commitment. Now, that figure is 90 percent, Clarke said. Despite the brouhaha over coal, the Glasgow Climate Pact is also the first output from a COP summit that mentions reducing fossil fuel use.

The key focus over the next year, ahead of a summit in Egypt, will be for countries to set more ambitious short-term targets and detail how they’ll meet them. In New Zealand, that means the Government’s Emissions Reduction Plan, due by the end of May.

Climate Change Minister James Shaw has said that one of the key planks of the Glasgow Climate Pact, that countries will have to submit new targets (or NDCs) for 2030 by the Egypt summit, doesn’t apply to New Zealand.

Clarke didn’t say whether she disagreed with him, when asked.

“Our overall approach is that every country needs to be looking and checking that it is being as ambitious as possible. I’m not going to comment on what individual countries do,” she said.

“New Zealand has just submitted its updated NDC, just on the eve of COP. It will be for the New Zealand Government to decide whether they need a new one. I think the critical thing for New Zealand next is getting its Emissions Reduction Plan up and running. We were really, really pleased to see the revised NDC and also New Zealand’s increased climate finance commitments as well.”

The high commissioner did say that she’d like to see New Zealand eventually adopt a net zero target that covers all greenhouse gases and all sectors of the economy. The current 2050 target in the Zero Carbon Act carves out methane emissions from agriculture and waste, which will only have to reduce by 24 to 47 percent over the next three decades.

According to leaked Cabinet papers, Shaw had asked his Labour colleagues to include an all gases net zero commitment in the updated NDC, but Cabinet evidently didn’t sign off on it.

“We understand the challenge that faces New Zealand but we are also, as COP President and in our climate diplomacy, we are encouraging all countries to go for all sectors, all gases approaches,” Clarke said.

“But it is for New Zealand to work out what’s best for it and work out how it maintains the highest level of ambition,” she added.

“The trick, of course, with all climate action is that you maintain a consensus and you maintain bipartisan consensus across politics and that whatever you do is sustainable and so you do bring people with you.”

Nonetheless, Clarke did criticise those who had pushed against Shaw going in the lead-up to the summit. Those critics included both the National and ACT parties.

“It won’t surprise you that I think it was incredibly important that countries went to COP. We were asking a lot, right? We were asking people to travel across the world to Glasgow, in November, which let’s face it, it’s not exactly the Cook Islands, is it?” she said.

“Cold and dark Glasgow, in November, people travelling across the world, massive logistical challenges – all of that, we get it. But this is the challenge of our time. This is an existential challenge and any country that wants to be a part of tackling these global solutions has to be represented at this meeting. To suggest that that was not a good use of an MIQ slot is a bit disappointing.”

Clarke also touted the success of the conference from a logistical perspective.

“I was pretty amazed that in the midst of a global pandemic, amid huge numbers of cases of Covid in Europe and across the world, we pulled off this enormous conference. It was the biggest conference that we had ever hosted,” she said.

“We had 120 world leaders there, we had I can’t remember how many countries represented at ministerial level and hardly any cases of Covid because we had all the right protocols in terms of testing each day before people went in. I do think it was absolutely the right decision to stick with our plan to have an in-person COP because that’s really how you get the negotiations done.

“It’s much easier to avoid difficult decisions when you’re on Zoom than if you’re in a room and you have the ability to have pull-aside meetings and things like that.”

Responding to criticism of the representation of fossil fuel companies at the conference, Clarke said everyone had a role to play in the transition to a low-carbon economy.

“Lots of energy companies are working out what their transition plan is. Everyone wants to not be the Kodak of the energy world,” she said.

“I think your canny leaders of any sort of oil companies are investing massively in renewable energies and then slowly, slowly making that transition. I think you have to have an inclusive, all-of-economy approach.”

In the end, Clarke said she was pleased with some of the achievements of the conference, even if it wasn’t perfect. The three achievements she highlighted were the new net zero and 2030 targets that helped keep the goal of 1.5 degrees alive, the finalising of negotiations on technical matters from the Paris Agreement on carbon markets and transparency and the mobilising of finance to support the transition.

“I think that everyone is clear that this is existential as a challenge,” she said.