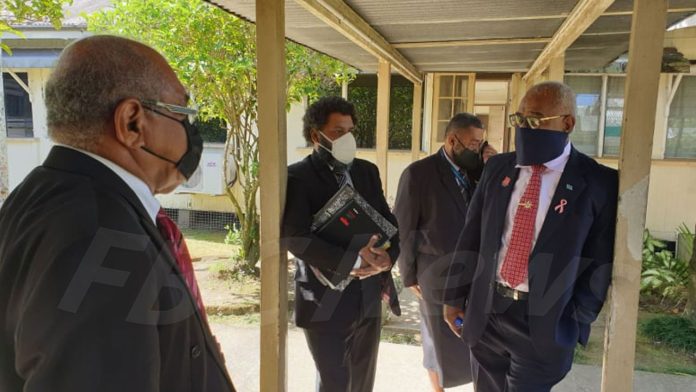 Six current and one former Member of Parliament appeared in court today in relation to charges laid by the Fiji Independent Commission against Corruption.

Also in court was former government MP Vijendra Prakash who will have a hearing on 17 November, for an application by FICAC to transfer the case to the High Court.

The SODELPA MPs will have the same hearing on 19 November.

However, MP Simione Rasova’s lawyer has told the court that they will oppose the application to expedite the hearing.

FICAC alleges these MPs lied about their residential addresses to obtain travel and accommodation allowances which they were not entitled to.

Meanwhile, Monday 25 October 2021 marks the prorogation of the third session for the current second term of Fijian Parliament.

Prorogation is the term for the formal end of a Parliamentary session.

Parliament will stand prorogued from Monday, 25 October until the opening of the next session of Parliament which will be officiated by the new President-elect Ratu Wiliame Katonivere on Monday,22 November 2021

After the address by the President, Parliament would adjourn and then re-convene on Monday, 29 November 2021 for the week-long sitting.

The Parliament is committed to maintain vigilance and adherence to the COVID-safe measures and protocols in place nationwide, and in that regard, the State Opening of Parliament will only be attended by Chief Justice and four other Justices of Appeal and Puisne Judges.