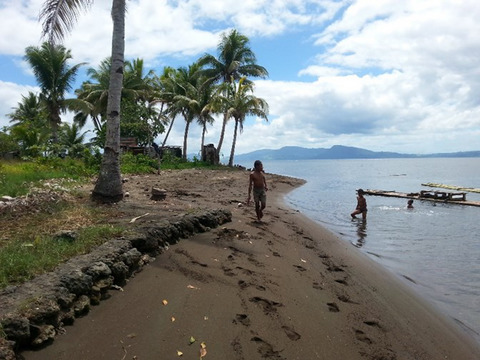 Speaking at a recent international climate forum hosted by the former U.S vice president Al Gore, Bainimarama refused to be the proverbial canary.

“We want more for ourselves then to be helpless songbirds whose demise serves as a warning to others,” he said.

Fiji and the Pacific’s demands are clear, the developed world must deliver on the US$100 billion as promised in climate finance,” he said.

“We’re suffering – we’re the canaries in the coal mine help us adapt to the consequences of emissions that we didn’t create,” he said.

Climate finance is the flow of finance to support developing countries mitigate the impacts of climate change.

“These are costs that have been imposed on Pacific countries through no fault of their own.

Therefore it is important for the developed world who are responsible for increased emissions – it is their responsibility to small developing countries to provide funding support for them,” she said.

In 2015 talks in Paris really kicked off the Green Climate Fund when developed nations promised to raise US$100 billion a year from 2020 to 2025 to support climate change adaptation and mitigation in vulnerable countries.

Maina Talia, the secretary for the Tuvalu Climate Action Network, says red tape is making it hard for countries to access those funds.

“In Tuvalu we need the money to provide sea walls to protect the whole islands, and to raise the elevation of the island.

“Developed countries need to ensure that the money works for developing countries, not just provided as their contribution and then they walk away from that.

“We want to make sure that the developing countries are able to access and not wait for a long time for reviews – the amount of back and forth that we go through is unreal,” she said.

Samoa Prime Minister calls for a re-think in aid to the...