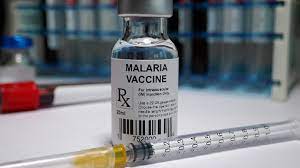 Australian experts say a malaria vaccine that has been trialled in Africa and endorsed by the World Health Organisation, could also curb the disease’s spread in Papua New Guinea.

The WHO last week recommended widespread use of the Mosquirix vaccine for children in regions with moderate to high malaria transmission.

It describes the development as an historic moment in the fight against malaria, which could save tens of thousands of lives each year around the world.

The announcement follows a two-year trial of the vaccine in Ghana, Kenya and Malawi.

The WHO is now working on a broader rollout to other countries badly affected by the virus, which could include PNG.

Close to 1.3 million cases of malaria were recorded in PNG in 2019 and that number has grown significantly in recent years.

But any rollout will have to overcome logistical challenges and peoples attitudes towards vaccines.

A professor of epidemiology at Deakin University, Alyssa Barry, told Pacific Beat it could be a critical tool in PNG’s fight against malaria.

“There’s issues emerging with the loss of efficacy of those bed nets, due to insecticide resistance and potentially behavioural changes in the mosquitoes,” she said.

Dr Barry says mutations are also emerging that are resistant to malaria therapy in PNG.

She expects the vaccine would be effective in PNG, but it’s not guaranteed to work as it has in Africa and it will need to be tested before it can be rolled out.

“We know a bit about that by looking at—so the parasite protein that’s targeted by the vaccine, (CSP) protein, CSP is quite genetically different in Papua New Guinea and whether that will influence the vaccine efficacy is really unknown at this point in time.”

But there’s concerns also that the poor uptake of COVID-19 vaccines will also mean that the malaria vaccine won’t be successful there.

PNG’s COVID-19 vaccines have been hampered by widespread vaccination misinformation and hesitancy with less than 2 per cent of the population vaccinated.

“With the COVID vaccine, I think the challenge there is misinformation, and that doesn’t seem to be the case with the malaria vaccine,” she said.

“It’s been the result of over three decades of work. And there’s generally great acceptability in those trials in Africa. And so we wouldn’t expect to see too much of a difference in PNG with respect to that.”

But not everyone is confident in the malaria vaccine, which promises a 30 per cent reduction in deadly forms of the disease.

Tim Freeman, who runs the Rotarians Against Malaria programme in PNG, said it shouldn’t been seen as a magic bullet.

“Our major aspect of our programme here is we, on behalf of the government, deliver nets to every village in PNG every three years. And the problem is that the present vaccine is not much more efficient than a mosquito net in terms of efficacy.”

Another complicating factor is the vaccine requires four doses to be effective.

Freeman says this, coupled with logistical challenges getting the vaccine to people, will complicate any rollout in PNG.

“When we distribute nets, we tend to distribute by families, [which works] when you require one family member to turn up,” he said.

“Whereas with the vaccine, you’ve got to get the whole family together. But logistically it would be cheaper because it’s a much smaller volume of stuff, we have to take container loads and mosquito nets all around the country, which is an expensive thing in its own right.”

Professor James Beeson, who heads the Malaria Immunity and Vaccines laboratory at the Burnet Institute said another shortfall of the malaria vaccine is that it only protects against one species of the disease.

It wouldn’t cover the less common vivax, which comprised around 12 per cent of PNG’s malaria cases in 2019.

“That’s where there’s some uncertainty about what this vaccine, how helpful would this vaccine be in countries in our region,” he told the ABC.

The WHO says its next steps will be working with countries on whether to adopt the vaccine and looking to the global health community for funding a rollout.

Rugby League October 4, 2022 0
Titans forward David Fifita is expected to pull on a Tonga jersey for the first time in next weekend's World Cup warm-up match against...