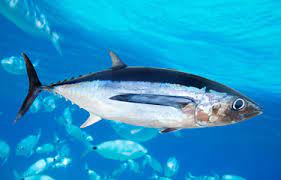 Longstanding concerns over the South Pacific’s stock of albacore tuna have been raised once again at a recent meeting of the Western and Central Pacific Fisheries Commission’s (WCPFC)Scientific Committee.

The fall in albacore spawning stock in the region, which includes New Caledonia, Fiji, French Polynesia, Australia and Kiribati, could have a detrimental effect on the countries whose fisheries rely on it, the committee noted.

It “expressed great concern” over the tuna species’ projected status, as part of its advice to the WCPFC’s 17th annual session in November, when the commission is expected to agree to and establish a framework for fisheries in the region for the coming year.

Albacore, found in the Pacific, Atlantic and Indian oceans, are generally fished by longlining vessels in the South Pacific. Larger than skipjack and smaller than yellowfin, albacore is typically canned — often labelled “white tuna” in the United States — as its pale flesh is less desirable on the fresh or sashimi market. Canned tuna accounts for more than 60 percent of the global consumer market; canned albacore generally fetches a higher price than canned skipjack.

The stock assessment for albacore, performed by the Oceanic Fisheries Programme of the Pacific Community, found numbers have continued to decline but the stock has not been overfished. Though the size of the stock was not deemed critically low, the scientific committee has recommended that members of WCPFC — whose members make decisions either by consensus or by voting — agree to reduce longline catch numbers. Low recruitment — the number of fish reaching adulthood to enter a fishery — has contributed to the decline in numbers of the past five to ten years. Recruitment was particularly low in 2016 and 2017.

“So that’s now flowing through the data into the estimates on the status of the fishery. And that’s why it’s telling us that the stock is lower, and declining,” said Paul Hamer, principal fisheries scientist for the Pacific Community. The adult albacore stock remains above the critical mark but is trending downwards, with a relatively wide range of future possibilities.

The 17th regular session of the Scientific Committee for Western and Central Pacific Fisheries has found that adult numbers are continuing to decline for albacore, though there is no overfishing. WCPFC

Hamer said countries with albacore fisheries are concerned about the potential declines, though there remains a degree of uncertainty around albacore and its behavior. Estimates for 2020 ranges were cause for alarm, the committee stated in its Aug. 31 outcomes report.

“The one thing you have to acknowledge is that we don’t know everything about albacore. And there’s a lot of uncertainties that we need to build into the management advice,” Hamer said. “So when we do the stock assessment, we run a whole bunch of different models, which are alternative, plausible states of the stock.”

Though purse seine fishing (targeted netting) constituted 67 percent of the US$40.8 billion tuna industry in 2018, longline fishing for albacore remains important to several Pacific nations. The fleets of South Pacific nations catch albacore themselves, but also earn substantial amounts by selling fishing rights to their waters — to China, Japan, Korea and Taiwan — as well as through processing their catch in local facilities. Many of those countries are part of the Tokelau Arrangement, a subregional agreement to help manage tuna stocks in the South Pacific, signed by several members of the Pacific Islands Forum Fisheries Agency.

The importance of albacore varies from country to country. For Fiji, Vanuatu, Niue, Samoa and Tonga, it is the “backbone” of their fishing industries, according to FFA deputy director general Matthew Hooper. The Solomon Islands and Papua New Guinea also have significant albacore industries, but do not rely on it as much.

“Certainly, the albacore longline fishery is the most important tuna fishery for the more southern FFA member countries that don’t have a valuable purse seine fishery in their waters,” said Hooper. “They catch a bit of big eye and yellowfin in the longline fisheries, that is sometimes described as ‘the cream on top,’ but it’s not necessarily being targeted.”

During the pandemic, albacore has become even more important, as the market for more desirable fresh, sashimi-grade tuna, such as yellowfin, had been decimated by the cost of airfreight in the South Pacific. Albacore was susceptible to factors outside the water too, as it typically follows a boom-bust cycle, Hooper said.

“Things like low fuel costs and a high price for albacore on global markets … if you have that combination, then economic conditions can be reasonably good,” he said. “Then you’ll get a flood of vessels into a specific albacore fishery. Then the catch rates will decline. And you’ll go into a period … where a lot of domestic vessels from Pacific Island fleets actually end up tying up because it’s not economical for them to go fishing.”

Hooper said it was not ideal for fishery management and needs to be addressed soon.

“At present, it’s really the economics that are dictating whether boats are fishing or not. It’s not through strong proactive management by the countries involved,” Hooper said. “And that’s what members are really trying to turn around in the Western and Central Pacific Fisheries Commission. Everyone acknowledges that that’s going to require a cut in catches.”

Perhaps because albacore was often considered “the poorer brother of the species,” according to Hamer, less is known about the fish and its behaviour.

Pacific albacore is generally understood to exist within two stocks, north and south, though it is now understood there are more than two groups of the fish. But the behavior of albacore has been historically difficult to ascertain, in part due to albacore not being amenable to tagging. The fish has higher mortality rates when tagged.

“Albacore is a low value species,” Hamer said. “And it’s targeted by more of the southern island states … It’s not such a big fishery in the tropical zone. And maybe that’s a reason why there hasn’t been as much money put into research on albacore as the other species in the past.”

WCPFC’s assessment methodology for albacore is antiquated, said Glen Holmes, an officer for the Pew Charitable Trust’s international fisheries program. The current system starts with annual stock assessments followed by negotiations between fishery managers on fishing quotas, but uncertainty leads to vague assessments. Instead, Holmes and Hamer agree “harvest strategies” — which focus on making agreements ahead of time to enable dynamic responses to changes in stocks — is the best method of assessment.

“If the summation turns out to be wrong, there’s a potential that they are over-estimating the status of the stock,” Holmes said. The strategies method is “more proactive, less reactive,” because it’s a continuous method of monitoring, assessing and implementing changes in management of stocks.

“It tries to activate the management and keep it going, rather than stalling all the time,” Hamer said. “Agree on the rules upfront before you play the game, is kind of what it’s about.”

Papua New Guinea recently urged WCPFC to implement harvest strategies, as the country was fearful it would lose prized Marine Stewardship Council certification. In July, the council warned 22 fisheries in the Western Central Pacific that they would have their certifications suspended if harvest strategies were not implemented by June 2023. If certification is suspended, more than 2.2 million tons of tuna could not be sold into the MSC-certified supply chain and brands could not use MSC’s eco-label on their products. Tuna from the Western Central Pacific accounted for 73 percent of MSC’s tuna certifications.

The 18th regular session of WCPFC is scheduled to begin 29 November.

Micronesia to lose access to Pacific-led resilience fund if it leaves...

New Zealand border will open in stages from end of February,...