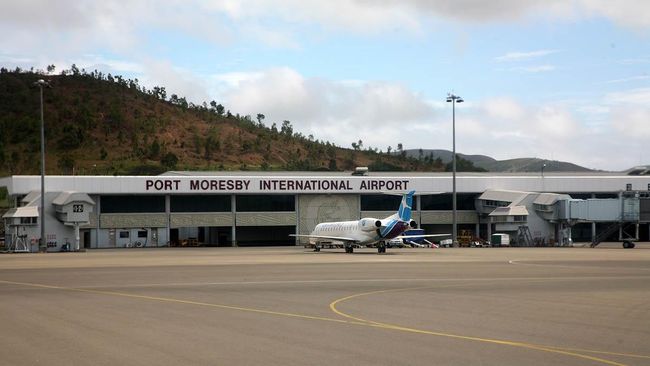 Papua New Guinea COVID-19 National Pandemic Response Controller and Police Commissioner David Manning has expressed anger and disappointment at the way in which India’s High Commission in Port Moresby deliberately participated in the deception that resulted in unauthorised passengers, including four infected with COVID-19, arriving in PNG.

Manning said the behaviour of those involved in the dishonest process compromises the safety and security of Papua New Guinea.

Manning said, “I have requested Papua New Guinea’s Department of Foreign Affairs to deal with the Indian High Commission through appropriate diplomatic channels, while the charter company and the airline, as well as any middle-men, will now face the consequences for their actions.

“All that the High Commission of India has achieved through this action is to undermine the trust of a friendly nation. India must respect Papua New Guinea as a sovereign Nation, and not participate in actions involving unscrupulous people, to violate our laws and undermine public health and safety measures.

“As a consequence of this deliberate show of disrespect against the people and Government of Papua New Guinea, there is now an indefinite ban on any further repatriation flights from India. Further, CapaJet and Garuda Indonesia are now prevented from entering Papua New Guinea airspace until further notice.”

Manning said strict safety measures for the repatriation flight had been agreed in order to prevent the spread of the COVID-19 Delta strain from India.

“Considering the devastating outbreak of the COVID-19 Delta strain in India which has killed hundreds of thousands of people, our Government had to be very strict with the Indian Government in order to keep Papua New Guineans safe. This is why the proposed repatriation flight from India had been rejected four times, and was only approved after the set measures had been agreed with representatives of the Indian High Commission.

This included a cap on the number of passengers that would arrive on the flight, and that all passengers would take a COVID-19 PCR test two days prior to the aircraft departing.

“It was only after the aircraft had stopped to refuel in Indonesia, and then departed for Port Moresby, that the truth was revealed. Consideration was given to turning the aircraft around, but that would only have caused distress to PNG citizens on the flight and other legitimate travelers who were not part of the deception.

“Secondly, the Indian Government allowed some passengers to board the aircraft without undertaking a COVID-19 test and returning a negative result. This failure has meant that the flight carried four individuals into Papua New Guinea who are infected with COVID-19.

“We are very fortunate that each of these four people appeared to no longer be infectious, and all other passengers have been tested and returned negative results.”

Finally, Manning said the Government of Indonesia will be receiving correspondence from the Department of Foreign Affairs calling on the Ambassador to explain his government’s involvement in the scandal.

He said these matters pertain to the boarding of Indonesian passengers onto the aircraft, and the actions of Garuda Indonesia as a State-owned airline.