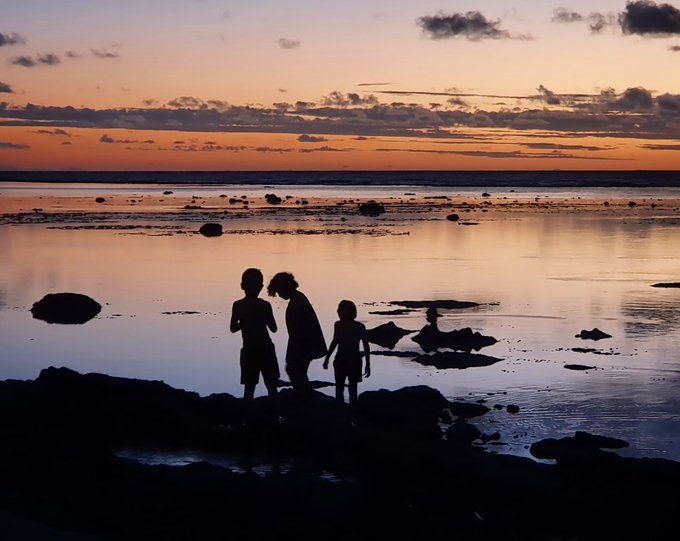 Our future got much bleaker with the release of the first report in the sixth series from the Intergovernmental Panel on Climate Change (IPCC) on Monday.

Released just days before World Youth Day, the Report does not bode well for our future generations, reinforcing the same key messages from earlier IPCCC Annual Reports. Urgent changes must be made to limit global warming to the Paris Agreements 1.5˚C temperature limit while there is still time.

For us in the Pacific islands region, the report spells out shocking consequences starting with us first, if the world fails to listen to the warnings in the report. Contributing to less than 1% of the world’s total greenhouse gases, our Pacific islands are on the frontline, and amongst the most vulnerable, to the impacts of climate change.

The first volume of the Sixth Assessment Report of the IPCC tells us the changes we are seeing today, are unprecedented over thousands to millions of years confirming that temperatures are higher than they have every been in the last 125,000 years.

“This is our last chance, all of us must act now. We must call upon humanity, we must have the political will to act – everyone must make the changes needed to reduce greenhouse gas emissions today. The IPCC AR6 Working Group One Report is clear,” said Kosi Latu, Director-General of the Secretariat of the Pacific Regional Environment Programme (SPREP).

“The grave risks of exceeding 1.5 ˚C above pre-industrial levels is spelt out in the Report – every additional increment of global warming increases changes in extremes. This includes the intensity and frequency of hot extremes, heatwaves, heavy precipitation, as well as droughts in some regions. We are already seeing these with recent severe flooding in Europe and China, and the wildfires which continue to rage in the U.S.”

On the cusp of world youth day, the IPCC AR6 Report forecasts a stark future ahead. While there is hope amongst this bleak forecast, it is hope that is dependent upon the will of people at all levels to make this change.

Human influence plays a huge role in this landscape.It is unequivocal when it comes to climate change. Human influence has warmed the atmosphere, ocean and land.

It is this very same human influence that is now being called upon to make the best possible use of the open window of opportunity to lessen the impacts.Open for only a short time, it is now in the hands of decision makers to take urgent action for us all.

“The release of the IPCC report has clearly showed that time is running out and the future of our Blue Pacific is at great peril. The report has shown that the future of our planet will be in great harm if we do not commit to the target of 1.5 ˚C to stay alive,” said Belyndar Rikimani a 23-year-old law student, who is also the Vice President of Pacific Islands Students Fighting Climate Change and the Network Engagement Officer with Pacific Island Climate Action Network.

According to the IPCC AR6 Working Group 1 Report, widespread and rapid changes in the atmosphere, ocean, cryosphere and biosphere have occurred.

The world has already warmed by 1.1 ˚C due to human made climate change which has seen sea levels already risen by 20cm and will continue to do so for thousands and thousands of years.If we can limit global warming to 1. 5 ˚C we will avoid at least three metres of sea level rise.

The world needs deep and sustained emission reductions in carbon dioxide and other greenhouse gasses are required, starting now, and reaching net zero by 2050.

“The future of our younger generations will be in chaos just because we are reluctant to quickly phase out fossil fuels when we had the chance to do. The survival of our Blue Pacific depends entirely on our decisions that we make today, and this is why for the next UN Climate Change Conference (COP26) we need to stand together and demand global leaders to must take meaningful climate actions,” said Rikimani.

The Director-General of SPREP, Kosi Latu also reaffirms his call for action, now.

“We are feeling the impacts of climate change now, and it is only going to get worse. We must take action now. For Small Islands Developing States, the Report confirms what we are already experiencing – that the most intense tropical cyclones are increasing in intensity and will continue to do so,” said Latu.

“This report is a wakeup call. It sounds the alarm on complacency – we must take action,” he said.