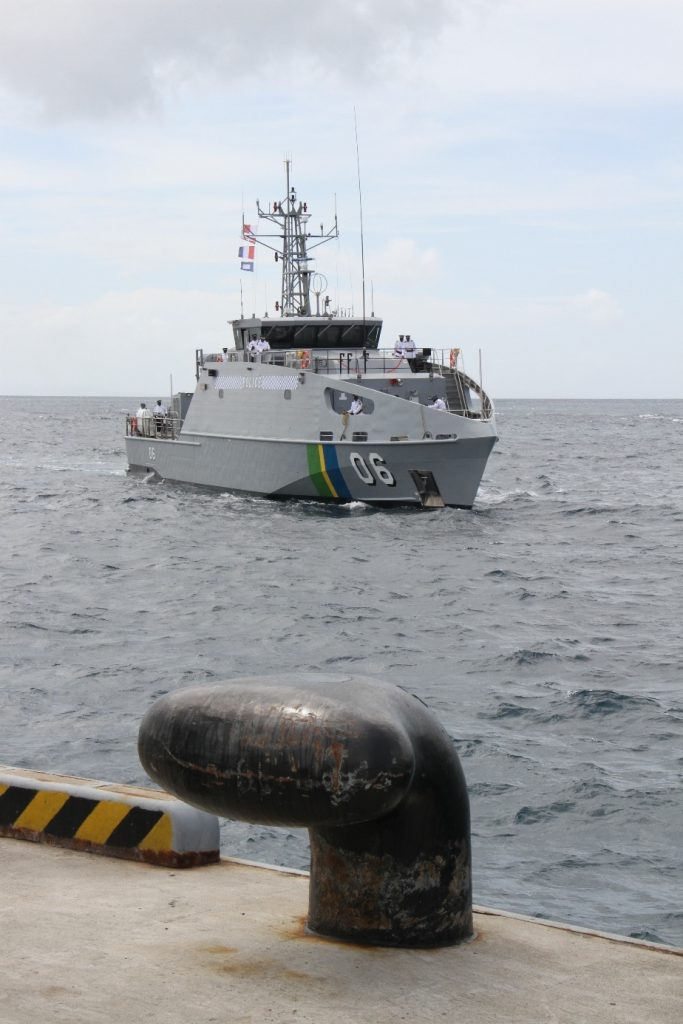 Tackling illegal, unreported, and unregulated (IUU) fishing is often a challenge for countries in the Pacific due to many reasons. Unavailability of maritime assets is one.

On Monday, 28 June 2021, Solomon Islands officially took ownership of a new Guardian-class patrol boat, RSIPV Taro 06, thanks to the government of Australia. The new asset is the second to be handed to the Melanesian island nation following the delivery of the first RSIPV Gizo 05 in 2019.

This was made possible under an existing Defence Cooperation Arrangement, which saw continuous support by Australia to Solomon Islands for more than 30 years.

According to the Solomon Islands Prime Minister Manasseh Sogavare, the new Guardian-class patrol boat was an additional asset to assist the country in its fight against IUU fishing – which is a major threat to the security and long-term sustainability of Solomon Island tuna fisheries.

He said as a country that depends largely on its marine resources to boost its economy, it is important that its exclusive economic zone (EEZ) is protected.

“Protecting our marine jurisdiction, whose threats are multifaceted, is a government responsibility.

“Maritime security is important to Solomon Islands as it links to our economic development and livelihood. Also, much of the trading, either internationally or locally, happens via the marine water. Thus, supporting international order, in making sure of open sea lanes and keeping it from dispute, is crucial,” Sogavare said.

He added that much of the ocean was still waiting to be explored, but human activities such as illegal fishing, oil spills, ocean pollution, deep-sea mining and fossil-fuel burning were already changing it.

Solomon Island’s EEZ is 1.6 million square kilometres and there are huge challenges with monitoring such a huge maritime boundary. Given the limited resources available, effective control over the country’s maritime boundaries and resources is only achieved through a concerted regional effort.

Sogavare also gave credit to the Pacific Islands Forum Fisheries Agency (FFA) and its monitoring, control and surveillance as a key programme that is supporting the country’s effort in protecting its resources from illegal harvesting.

That said, the Solomon Islands Prime Minister said his country would continue to work collaboratively with international and regional partners, and organisations such as the Pacific Islands Forum, FFA and the Pacific Maritime Security Program to support the country’s maritime domain.

With the inclusion of the new Guardian-class patrol boat, it is anticipated that the Royal Solomon Islands Police Force (RSIPF) will step up its maritime security.

Sogavare highlighted that the RSIPF maritime division plays a critical role in the country’s maritime security, as it is responsible for territorial surveillance, border patrolling and reconnaissance, monitoring our vast EEZ and protection against illegal entry into our waters.

The RSIPF also undertakes emergency and relief work required by the National Disaster Management Office during disaster situations such as avoiding the spread of COVID-19.

Therefore, the donation by Australia of the new Guardian-class patrol boat RSIPV Taro is indeed a boost to the country’s maritime security.

RSIPF Commissioner Mostyn Mangau, in his remarks at the commissioning ceremony, said: “The people of the Solomon Islands will greatly benefit from the new Guardian-class patrol boat (RSIPV Taro 06) gifted by the Australian government.

“The new Guardian-class Pacific patrol boat has a length of 39.5 metres and a complement of 19 crew members. The vessel can travel 3,000 nautical miles at minimal speed. This new patrol boat is purposely to conduct maritime surveillance and enforcement operations like fighting illegal fishing, search and rescue for distress boats, transitional crimes, very important person (VIP) escorts and other border operations.

To ensure the RSIPF is capable of handing the country’s maritime security, the Australian government through its High Commissioner’s office in Honiara has announced that under the Australian Defence Cooperation Programme, the two Guardian-class patrol boats, Gizo and Taro, would be rearmed.

Dr Strahan said Australia has decided to make a contribution to strengthen law enforcement and the national security capability of Solomon Islands.

“In response to a request from the Solomon Islands, Australia has agreed to arm two Guardian-class patrol boats Gizo and Taro. We have also accepted a similar request from the Papua New Guinea Government,” he said.

“The two new Guardian-class patrol boats Gizo and Taro will soon be armed as part of the RSIPF rearmament capabilities to ensure our waters remain safe and secure from security threats.”

He said Australia and Solomon Islands governments would conduct a joint capability assessment to determine which weapon is most appropriate for the boats.

Meanwhile, Prime Minister Sogavare has thanked the Australian Government for responding to his government’s request on the rearming the two patrol boats.

“I am glad to note the Australian Government has agreed to arm our patrol boats. It marks another significant milestone in our deep and enduring partnership, founded on our shared values and commitment to a sovereign, safe and prosperous Pacific.

“It marks the beginning of a new chapter in our maritime security, capability and capacity that is bigger and more classic for the Royal Solomon Islands Police Force than before.”

Dr Strahan had also revealed that the patrol boats are the fulcrum of Australia’s 30-year $2 billion (US$1.4 billion) Pacific Maritime Security Programme.

This programme is a core pillar of Australia’s Pacific Step-up, which aims at enhancing the maritime surveillance and law enforcement capabilities of its Pacific friends and neighbours.