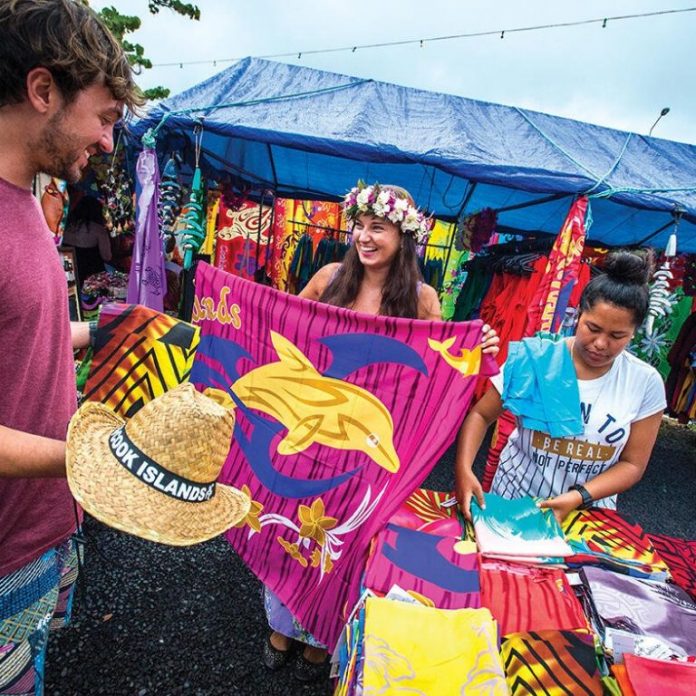 The Ministry of Foreign Affairs and Immigration rolled out changes to its immigration policies on Monday and backdated them to 01 July, in a bid to ease labour skills shortages in the Cook Islands.

Easing health checks for workers wanting to come in from Australia or New Zealand is among changes made to the country’s immigration policies.

Kairangi Samuela, the principal immigration officer, said they have requested for Te Marae Ora Ministry of Health to consider reducing the size of the medical check forms or to consider health insurance cover in place of the health check for workers wanting to come in from these two countries.

“This means that should a worker require extensive health care that is not available here or requires referral to NZ, this will not be a burden to our health system,” Samuela said.

The other four changes include allowing for secondary employment, removing the requirement for repatriation by the employer, waiver on bonds and approving short term work permits of up to six months for persons with specific skills.

Samuela explained: “With the opening up of the bubble with New Zealand we have to review our policy to be flexible as we are seeing a return to businesses opening for the tourism market and labour skills shortages are evident, both with Cook Islanders who have emigrated and foreign workers returning to their countries of origin over the past 18 months.”

“There are also border restrictions internationally between countries outside of New Zealand and into New Zealand which we have no control over; therefore, we look to make the most of who we have locally by being flexible with work permit conditions.”

Previously a worker could not work a secondary job as their work permit was to one employer but under the revised policy, Immigration will allow a worker to have secondary employment in their free time as agreed to between the principal and secondary employers.

Any funds earned by the worker in the secondary position must be paid to the worker and not the principal employer, states the revised policy.

“This provision is so that the principal employer does not contract out a worker in their free time to other employers for their own benefit and the worker wants to earn extra income,” Samuela explained.

Immigration has also removed the requirement for repatriation by the employer if the person (expat employee) has completed their contract or were terminated for whatever reason.

“Pre Covid an employer was required to repatriate the worker if their contract ended and/or they did not want the employee working for another person. In a small community such as ours, employers were concerned at the poaching of workers between workers hence the requirement for the repatriation clause. A person would then return to their country of origin and the new employer would request for their return under a new work permit after a period of six months,” Samuela said.

“Given current border restrictions, this makes it more difficult for the worker to return hence we will no longer be requiring repatriation of the worker once their contract has ended or they have been released for whatever reason. A national labour committee comprising of labour, workers and employers’ associations has been formed to manage or mediate the transfer process between the employer and the worker.”

Under the revised policies, Immigration will not strictly enforce its bonds policy however criteria will be set which will include that an employer shows good employment practices within their organisation and a history of compliance with Immigration requirements.

Samuela says they will also be approving short term work permits of up to six months for persons with specific skills that are not readily available in the Cook Islands e.g. tradespeople/specialists, etc.

This type of permit is available for a person to enter the country for a specific purpose and depart once the work has been completed.

“Certain criteria will be applied to ensure that our own tradespeople are not unfairly deprived of available work on the island.”

In addition to these changes, Samuela said Cabinet approved that a work permit fee waiver be provided for a period of six months effective from July 1, 2020.

“This will be for all work permits,” she said.

“In addition, to extend good faith to those organisations/persons who qualified for the wage subsidy since 01 July 2020 and continued to pay their work permits, Government has agreed to provide them credit for a further 12 months. In total for a number of employers, they will not have to pay work permit fees for the next 18 months as part of Governments support for the economic growth of the Cook Islands.”

Samuel said implementation of these initiatives would require staff training so policy change could be delivered efficiently.

Cook Islands Chamber of Commerce chief executive Eve Hayden yesterday welcomed the changes, adding the organisation had worked closely with other agencies and partners to “get these changes across the line”.

“We have lost a lot of workers to New Zealand and some migrant workers have also left the country,” Hayden said.

“It was important to mitigate that flow of workers and to keep as many as possible here as we could.”

However, Hayden said there still needed to be policies in place to protect the border and to protect existing businesses from not being hurt by an open flow of workers.

“These new policies are a good balance we think,” she said.

“Businesses are also coming out of a significant economic downturn so any reduction in costs is welcome, and clear policies which detail the new rules and guidelines will be appreciated.

“We welcome the review of any policy and process of what we would consider to be unnecessary cost and process such as having a full medical requirement as a condition of entry for workers from New Zealand and Australia.

“Te Marae Ora should also not be burdened with this additional requirement, and any adjustment in the future could be outsourced to the private sector.”

In general, having documented policies that can then be consistently applied would be of great benefit, Hayden said.

“As for fine-tuning, I think for the migrant worker transfer process, we will need to deal with a few cases, and that process may need tweaking potentially.

“There are many different circumstances, but essentially, if the employee is in an existing contract and the employer is fully compliant, there would not be grounds for transfer.

“Employers who are not compliant with things such as the requirements of the Employment Relations Act, or payments to CINSF and RMD, for example, or are exploiting workers in some way, will most likely lose their workers to compliant employers.

“This is a good thing and may help tidy up some of the practices that have been going on.

“With respect to the allowance of secondary employment, we would like to say that there should be clear agreements between the primary employer and the secondary employer, including number of hours and what happens in the event of a work-place accident.” .