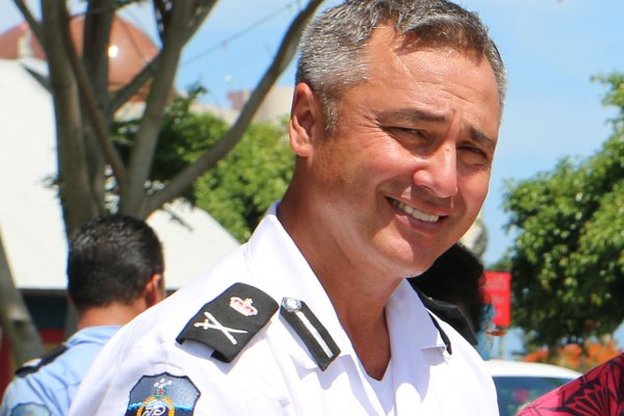 Samoa’s police commissioner has received a letter from the caretaker government requesting criminal charges be laid against leaders of the election winning Faatuatua I le Atua Samoa ua Tasi (FAST) party and its legal advisers.

Fuiavailili confirmed to RNZ Pacific the complaint related to FAST’s impromptu swearing-in outside parliament on 24 May, which the Supreme Court last week ruled was not legal because of the Head of State’s absence.

The complaint named FAST’s leader and deputy leader, an MP who acted as Speaker and two of the parties’ legal representatives.

A commission including the Assistant Police Commissioner, two police attorneys and the Attorney General has been assembled to investigate any potential criminality, Fuiavailili said.

Leala’ilepule told the Samoa Observer his reason for writing to the commissioner, on behalf of the HRPP, was to give notice of complaint with regard to the recent Supreme Court ruling.

“The court clearly stated that the 24 May, 2021 swearing in under the tent outside Parliament by FAST party members [and] their legal advisers are unconstitutional, unlawful and therefore deemed void and of no effect.”

“I respectfully, lodged a formal Police complaint against Matafeo George Latu and Taulapapa Brenda Heather-Latu given that they were instrumental and took the lead in advising the FAST party leaders and members to conduct the unlawful swearing in ceremony.”

He said the roles of conducting the swearing-in of Parliamentarians were exclusive to the Head of State, Clerk of the House and others stipulated in the provisions of the Constitution.

He alleged that FAST’s leader Fiame Naomi Mata’afa and La’auli Leuatea were instigators of the ceremony and had incited people to participate in the swearing-in.

The letter claims that La’auli had consistently incited members of the public to be hostile, violent and to rise up against the Government of Samoa and calls for charges be brought against him.

Leala’ilepule also said FAST leadership presented themselves as the new and official Government of Samoa.

He complained that Ma’atafa issued press releases overseas seeking international intervention and recognitions from Governments such as those of New Zealand, Australia and other Pacific nations.

“Such actions have diminished the reputation of the Government of Samoa internationally and have caused irreparable damage locally and internationally,” he said.