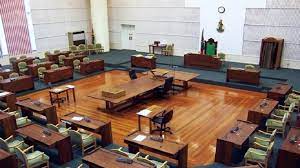 -The 19 Members of Vanuatu Parliament that have one foot out of parliament after the declaration by the Supreme Court, upholding the Speaker of Parliament’s announcement, but pending the Court of Appeal after the decision was set aside, come from 12 constituencies.

Vanuatu has a total of 18 constituencies.

The first constituency with the highest number of MPs among the 19 is the Tanna constituency where incumbent Prime Minister, Bob Loughman, was elected.

Apart from the PM, the other MPs from Tanna among the 19 are Johnny Koanapo, Nakou Natuman, and Xavier Harry.

Port Vila constituency has two MPs among the 19.

They are Deputy Prime Minister and Minister of Internal Affairs, Ishmael Kalsakau and Anthony Harry.

The third constituency with two MPs among the 19 is Santo with MP Samson Samsen and Joshua Pikioune.

Ambae is the fourth constituency with two MPs and they are current Minister of Infrastructure and Public Utilities’ Jay Ngwele and Minister of Trades and Tourism James Bule.

All are currently in a legal battling for their seats after the vacation of seats legislation was invoked by the former Speaker of Parliament.

Three of these MPs were among those that originally walked out with the 19, however, the then Speaker MP Shadrack had announced after the alleged ‘absence’ that they had given their reasons for their actions.

The action of these MPs to defect from the government side may point to the fact that they prefer change to take place within the 12th legislature but not change towards a 13th legislature.

This has increased the number of MPs in Opposition to 21 MPs on the floor and the 22nd MP being overseas receiving medical treatment.

While this move has reduced the number on government side, as of Wednesday there are still 28 MPs in government, plus the Speaker this adds to 29.