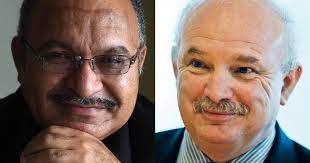 Former Oil Search managing director Peter Botten has branded UBS “greedy” for the fees it charged on a deal in Papua New Guinea and said he was uncomfortable with the investment bank being on both sides of the transaction.

In much-anticipated evidence to the royal commission into the so-called “UBS loan scandal”, Botten singled out the investment bank for criticism.

“Unfortunately, investment banks sometimes are particularly greedy. And unfortunately, in this case I think that might be an appropriate characterisation,” he said.

The criticism is certain to sting UBS, which has refused to co-operate with the inquiry, given Botten was their client at the time. The bank has always maintained the fees it charged the PNG government to borrow $1.2 billion (US$906,000) to purchase a 10.1 per cent stake in Oil Search were appropriate.

Documents tendered to the commission show that Paddy Jilek, a senior adviser to UBS at the time, was one of the main bankers on the deal. The other UBS banker named in the tendered emails was Mitch Turner, who remains at UBS as head of Australasian Energy, according to his LinkedIn profile.

Botten said Oil Search had retained Goldman Sachs to conduct a $1.2 billion (US$906,000) capital raising in 2014, with the proceeds to be used to purchase a 22 per cent interest in the Elk Antelope gas fields. He said that once the PNG government decided it would take up the entire share issue, UBS took over the mandate from Goldmans, along with its role advising the state.

Asked by counsel assisting, James Renwick, SC, if he was “content” with the arrangement, Botten replied: “I would not use the word content … It was the reality of the day.”

In earlier evidence on Tuesday by former PNG Treasurer Don Polye, UBS was accused of having a conflict of interest given it advised the PNG government, providing of the loan and conducted the capital raising for Oil Search.

“UBS preyed on a poor country like PNG,” he said. “The people that devised this loan are the enemies of PNG.”

The investment bank is estimated to have made more than $100 million (US$75 million) in fees and interest from the deal. The inquiry heard on Monday that PNG lost US$432 million from the transaction – equivalent to almost 70 per cent of the country’s annual health budget.

The Pacific nation was forced to sell its 10.1 per cent stake in Oil Search when the stock declined and it did not have the funds to put extra capital into the loan.

Former PNG Prime Minister Peter O’Neill, who championed the deal, falsely claimed in 2017 that PNG had made a $39 million (US$29 million) profit on the deal.

Botten said he didn’t have direct knowledge of the fees UBS charged PNG, but he was aware of the fees the investment bank was proposing to charge Oil Search for a similar deal if the placement to the PNG government fell over.

The inquiry has heard that at least three senior cabinet ministers opposed the deal and that it was unconstitutional, as O’Neill did not seek parliamentary approval for the “highly speculative” transaction.