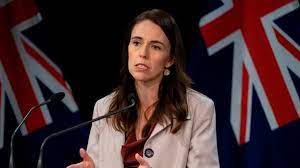 New Zealand Prime Minister Jacinda Ardern says the government has agreed to make an official apology for the dawn raids targeting Pasifika people in the 1970s.

The formal apology will be held at a commemoration event on 26 June at the Auckland Town Hall.

It was a defining era, Ardern said at today’s post-Cabinet press conference, with impacts still felt today by Pacific peoples.

The raids were routinely severe, with demeaning verbal and physical treatment. There were also random checks that racially targeted Pasifika. Other people of colour, including Māori, were also stopped.

“The dawn raids were a defining moment in New Zealand’s history and the emotional harm caused by them remains etched in the living memory of those who were directly impacted,” Ardern said.

“Communities at the time felt targeted and terrorised and there is clear evidence the raids were discriminatory and have had a lasting negative impact.

“An apology can never reverse what happened or undo the damage caused but we can acknowledge it and we can seek to right a wrong.”

Calls have been mounting in recent months for the Government to officially apologise for what critics call state-sponsored “terrorism” against Pacific communities in Aotearoa.

Pasifika were disproportionately targeted under both Labour and National-led governments, suspected of over-staying the terms of their visas, with instances of armed police and dog squads bursting into the homes of terrified families in the early hours of the morning.

The Minister for Pacific Peoples, Aupito William Sio, said the Government apology is an opportunity to promote a reconciliation process for those directly impacted by the dawn raids.

“I don’t think there is any Pacific family not affected by the dawn raids,” Sio said.

While they took place almost 50 years ago, the dawn raids were etched into people’s memories, and many had experienced PTSD as a result.

Sio said his own family was raided, and he has memories of his father being helpless.

To have somebody knocking on the door in the early hours with a flashlight and a police dog frothing at the mouth was “quite traumatising”, Sio said.

“That is just my family. That is replicated across the community. I want to help the people heal, restore the mana.

“We felt as a community we were invited to come to New Zealand. We responded to the call to fill the labour that was needed. Same way we responded as soldiers in 1914. When the country felt they no longer needed us, they turned on us.

“I am quite emotional, trying to control my emotions today.”

Trust was broken, and the apology was about rebuilding that trust, Sio said.

“It will also help Pacific youth stand up with confidence and pride about their identity as Pacific Peoples of Aotearoa.

“I am hopeful that the apology will affirm New Zealand as a country where every person irrespective of their colour, gender, sexual orientation or religious beliefs should be treated with dignity and respect.

“The apology will be delivered in a culturally appropriate way and is an opportunity to strengthen our relationship with our Pacific communities in Aotearoa and our Pacific neighbours.”

The raids and what they represented created deep wounds, Ardern said.

There had been two previous government apologies, to Chinese and Samoan people in 2002 relating to government actions, and the dawn raids met that threshold, Ardern said.

Ardern said the Government wanted to make the apology in a way that acknowledged the range of Pacific communities affected and to demonstrate the deep sorrow that exists.

The apology would be in line with past Government apologies, and not look into any amnesty or compensation issues.

There had been no advice provided to the Government nor concerns raised about the apology triggering compensation claims.

Now was the time for an apology, Ardern said. Some might think they happened a long time ago, but there were not many Pacific peoples unaffected by them.

Almost all Pacific members in caucus had a story from their parent’s generation, Ardern said.

The Polynesian Panther Party, which formed just before the dawn raids and this year celebrated its 50th anniversary, has been leading a campaign for the Government to formally apologise.

The Green Party welcomed today’s announcement, but said it needed to be “backed up” by action on immigration.

“This apology is long overdue, but it needs to be backed up with fixing our broken immigration system, including creating a broad amnesty programme for people who overstay and real pathways to residency,” says Green Party spokesperson for Pacific Peoples Teanau Tuiono.

“The dawn raids are a shameful stain on New Zealand history … fuelled and enabled by the New Zealand government.

“It is important the Government now acknowledges the legacy of the Polynesian Panthers and the role they played to stand up for the rights of Pacific communities. They ran food co-ops, homework centres, lobbied for support services and importantly organised against the Dawn Raids.”

Ardern said when she sat for exclusive interviews with an international journalist in 2019 she was not aware they were for a book.

She was told the interviews were for a book about women in leadership involving 10 other leaders – not a biography on Ardern herself.

“Clearly I was,” Ardern said when asked if she felt misled.

On the proposed film relating to the Christchurch mosque attacks, Ardern said she had made her views on the project clear but it was not for her to decide what arts projects were made.